Sandesh Sigdel Author
Sorry! The Author has not filled his profile.
follow me
×

Sandesh Sigdel Author
Sorry! The Author has not filled his profile.
follow me
Latest Posts

The Sun is setting on another sanctious La Liga campaign full of dramas, halts, frustration, and many off the field antics that made this league season one of a kind. As we’re approaching the game week that can potentially be a title decider, the excitement and anxiety levels remain at the very peak. As the whistles blow at the Alfredo de Stefano stadium at Valdebebas in Madrid and at our very own Camp Nou on Thursday evening, there’s bound to be drama, either initiation of a glimmer of hope, or disappointment at the final kick of the ball, one for sure.

After a narrow escape, at the Estadio Municipal Jose Zorrilla, also the three earned points, has reinstated the fading hopes of all the Cules around the world. The Los Blancos are comfortably leading the campaign with four points, while Barca have been playing catchup most part of the season after the restart in June. The Blaugranas will go head to head with Jacoba Arrasate’s 11th placed side in Osasuna while Real Madrid will lock horns in a slightly tricky encounter with the yellow submarine; Villareal on Thursday evening.

HOW THE POINTS TABLE LOOK FOR THE TOP TWO

Real Madrid are at the top of the table with 83 points, four points clear of their rivals, Barcelona who are currently at 79. As the goal difference rule has no impact in the Spanish premier division, with two games to go, an equal point finish will crown Real Madrid champions because of the head-to-head rule after their win in February, while the return fixture ended in a draw. Barcelona must hope Real to slip up in both the games with at least a loss and a share of points that will see the Blaugranas winning the title while Real will be hoping to get at least two points in the upcoming games to lift the title themselves.

AN EYE ON REAL

Real Madrid have not been a free-scoring side for the entire season, and what has been the deciding factor for their league campaign is the solid and compact defense they’ve got. Real have conceded just 22 goals this season compared to 36 that Barcelona have let in. Although their scrappy wins lately have proved to be vital, we can all hope that Villareal might play their way into Real dropping points after Real had a good, yet a bit substandard performance against Granada in their last outing. It has been frustrating seeing them prevail narrowly every time since the restart, but we can’t help but hope they slip up this time, again.

The teenage sensation Ansu Fati is back in the squad after serving a one-match ban after being sent off early in the second half against Espanyol. The positive news for Barca is the return of Frenkie De Jong and Arthur from their injuries. There is still nothing definite about the returns of French duo Samuel Umtiti and Ousmane Dembele, even though the latter is back in-field training in hopes of being fit for the Champions League tie against Napoli. Another French talisman Antoine Griezmann is out for two games with what is said to be a muscle injury sustained against Valladolid in the last outing. Barca Juvenil A goalkeeper Arnau Tenas gets his call up for the senior squad.

Setien might again go with a midfield diamond with Arturo Vidal serving at the top of that, supporting Leo Messi and Luis Suarez, who started on the bench last time out upfront. Nelson Semedo is the obvious choice at right-back as another right-back option Sergi Roberto is enjoying his role of left interior in the midfield lately. Frenkie De Jong and Arthur are expected to get some minutes after their return from injuries along with Ansu Fati who’s back from suspension. The obvious choice will be Sergio Busquets alongside Riqui Puig, who has put quite a show in the limited minutes that he’s been handed. Arrasate still will be without the option of fielding Chimy Avila and Marc Cardona while Robert Ibanez, Unai Garcia, and Ruben Garcia are doubts for the away side. Enric Gallego is expected to play up front with Jose Arnaiz and Kike Borja alongside him.

Barcelona have won 23 of their 25 home games, and have also won their last seven games against Osasuna in all competitions. Lionel Messi surprisingly still will have an eye for a new record for the most number of assists in a single La Liga campaign. He is currently tied on 20 with his former teammate Xavi. The La Liga all-time goalscorer will be expected to serve one for his teammate and break the record in this very outing. With him in the team, we can expect it to be a routine win for Quique Setien’s side despite the abysmal performances lately. 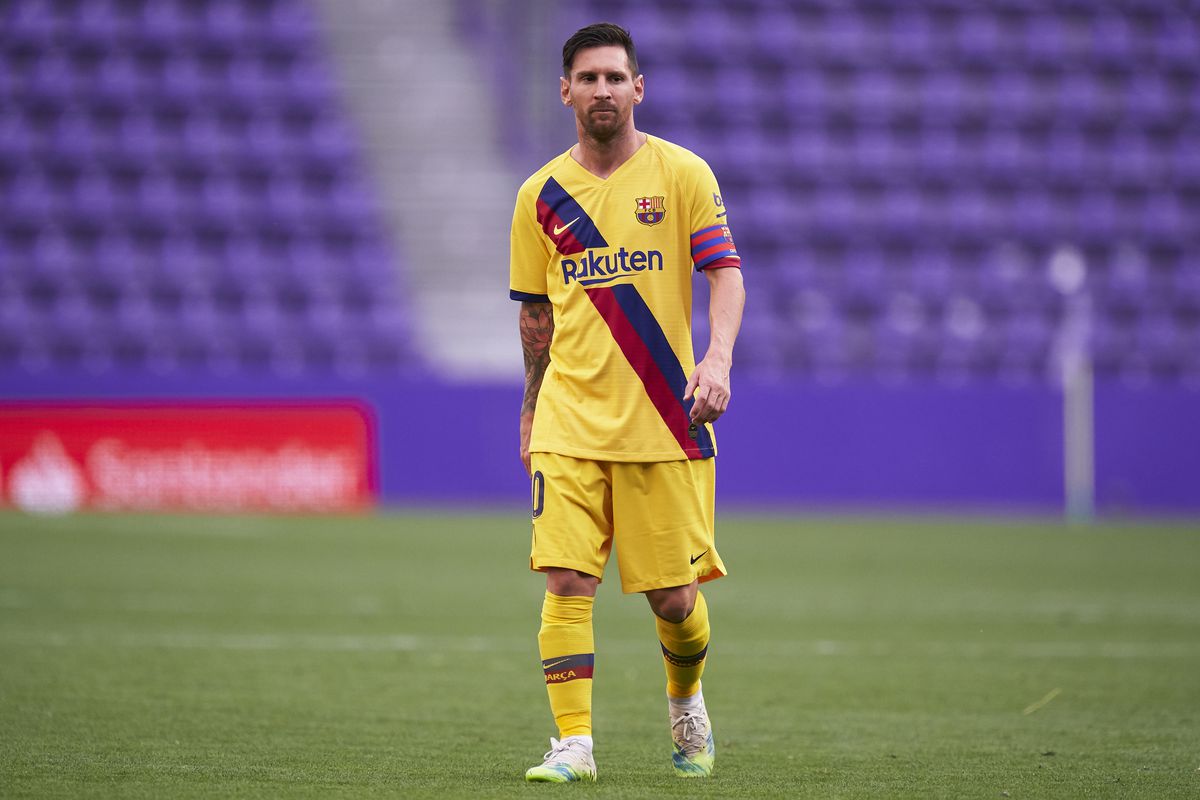