Amidst the riots and protests in Catalunya, the day finally arrived. El Clasico – the battle between Catalonia and rest of Spain, as the political tensions have always suggested, was set to be played at the Camp Nou after multiple deferments.

The battle was expected to be very tense and enthralling but quite contrasting to what was happening outside the stadium, very little happened inside, on and off the pitch. The match ended 0-0, the first goalless Clasico in 17 years. It never felt like the biggest club football match was going on as both teams seemed okay with a shared point. Both the teams had their moments but overall, it wouldn’t be an offense to call the match ‘dull’.

Ernesto Valverde was Barca’s headcoach when Madrid visited Camp Nou for the first Clasico of the season. Now since Quique Setien has replaced him, a lot of things are surely going to change. With the change in venue as well as the coach, the strategies and tactics of both sides are expected to alter. Here in this review, with another Clasico beckoning, we are going to have a look at how Barca fared in that match and what lacked then.

Real Madrid looked determined right from the kickoff and were clearly dominant in the opening half. They looked organized to derail Barca by not allowing them to play their way. Barcelona’s gameplay and attack have always been about building from the back. Real Madrid countered it by pressing very high. They made it very difficult for Barca to play from the back by marking ter Stegen. With 6 opposition players continuously marking all of his passing options, ter Stegen was forced to play long. A lot of them got intercepted and handful decent ones got messed up by the terrible first touch of Luis Suarez.

The result? Madrid players got the ball back, made quick transitions to dominate our half and bombarded our goalie. Ter Stegen wasn’t given a moment’s respite. This cycle continued and the midfield trio of Roberto, Rakitic and De Jong never really looked in control to turn things around. Barca appeared inferior in every department but the difference in midfield looked staggering. The absence of Sergio Busquets was clearly visible as Casemiro dominated the center and intercepted a lot of our passes. Federico Valverde was running the show being everywhere with his runs, tackles, shots, and Kroos too looked pretty assured and controlled. 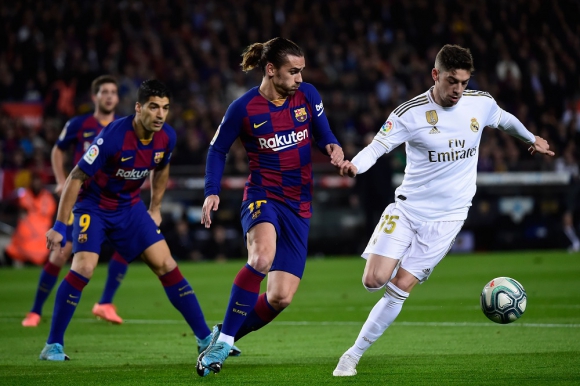 After ter Stegen managed to stifle a left-footed rocket from Benzema, several attacks followed. But Barca did not look like they had learnt from their past mistakes. A quickly taken corner almost resulted in a goal before Pique stepped in. That indeed was a very frustrating moment for us Barca fans to watch. Although Barca never looked in command in any departments, the presence of players like De Jong and Messi means chances were bound to occur. Barca almost slotted one but for Sergio Ramos’ goalline clearance. A classic Lionel Messi chipped pass culminated in a Jordi Alba shot but he was terribly off it. Had it been Suarez or Griezmann, it would be a goal. First half ended with chances from both sides but Real Madrid clearly dominant.

The beginning of the second half saw momentum being shifted to Barca with the introduction of Arturo Vidal and reformation of their midfield. Barca started creating chances and looked like scoring one soon. But out of everyone, Messi (!) fumbled an absolute sitter, eight yards from the goal, as the ball deflected off his foot before he could slot it in. He couldn’t believe it and neither could we. The biggest moment of the match came in the 67th minute, which saw Madrid netting one through Gareth Bale only for it to be overturned by VAR because Mendy was marginally offside.Fatigue was beginning to take its toll on some players as gaps were beginning to open up and the final 30 minutes became frantic with late surges from both directions. Real Madrid seemed determined not to return home empty-handed and it was clearly displayed by the 5 yellow cards they received in those final 30 minutes. The match ended with plenty of thrills and moments, but no goals. 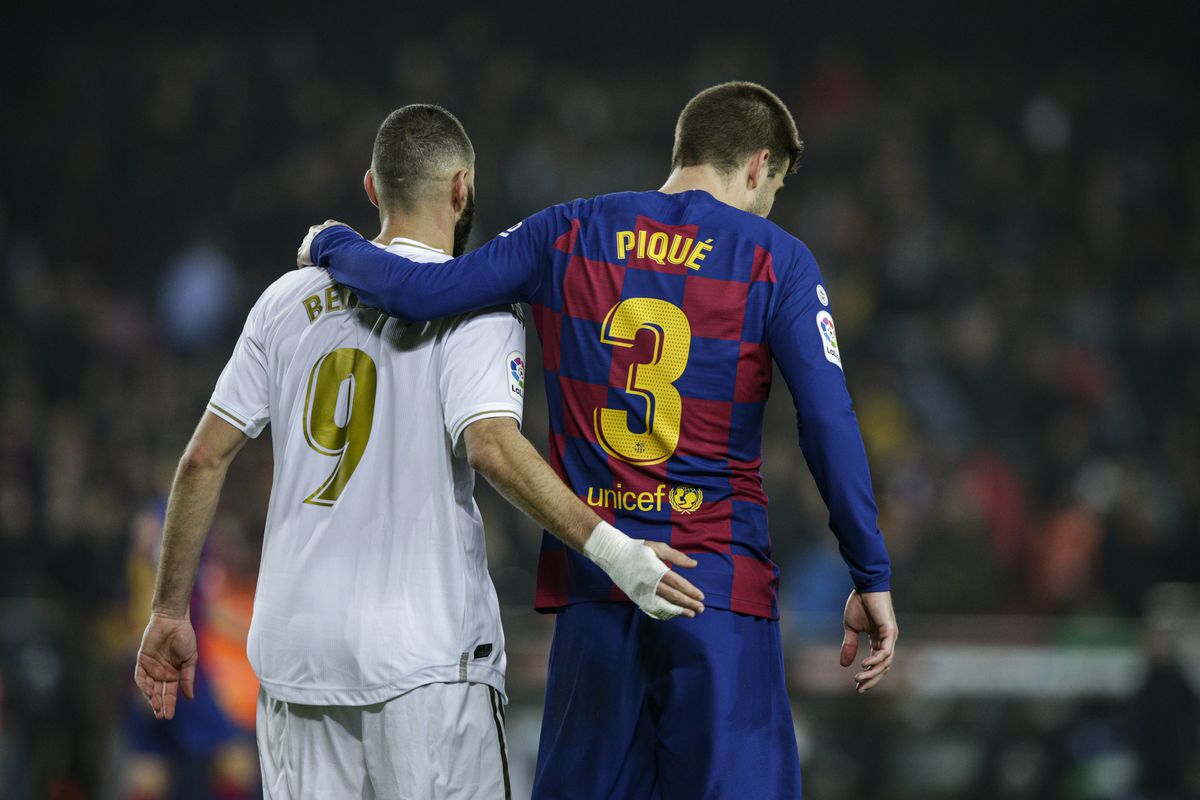 So, that’s how the last Clasico enfolded. Real Madrid took advantages of Barca’s weaknesses and Ernesto Valverde was very late to address them. Although Barcelona are always known to soak the pressure to apply pressure later on, the opening burst of Real Madrid could have been catastrophic had they been luckier or more clinical. It’s now down to Quique Setien on how to tackle a morally down Madrid team coming off a draw and 2 losses in their last 3 matches. Should he get his lineup and tactics spot on, it will be light work for Barca, especially because of the fact that the match is going to be played at Bernabeu.

The squad of both the teams is depleted with injuries with the likes of Suarez, Hazard, and Dembele to be out of action. Setien and his assistant Eder Sarabia were at Santiago Bernabeu to watch Real Madrid lose to Manchester City on Wednesday. He, later on, had a brief chat with Pep Guardiola, the man who told the press he had been watching and studying the Madrid team for the last 10 days. This should be helpful for Quique while setting up his plan for the mightiest club football match in the world. Barca winning this Clasico at the Bernabeu will mean the season will almost be over for Madrid and will ease the pressure off Quique Setien’s rejuvenating side.