For us it was always magical; we needed it to be. Winning was not enough, we had to win with magic. Razzles and dazzles, sparkles from the boots, building from the back, tiki taka – we wanted everything. Cryuff, Ronaldinho, Guardiola, Xavi, Iniesta, Messi – we have witnessed them making it happen. They made it possible. They created magic.

The very magic came from our roots and the philosophy made it happen. We have seen it work in the past. We have every reason to believe it will work again, because it is our identity. It is what gave us glory in the past. It will give us glory again. We just have to believe. It is not a blink-of-a-finger process.

Ernesto was a complicated coach with mediocre tactics. His understanding of football was lackluster, in the relative sense of course. This changed recently and replacing the Basque coach, now, is, intriguing as it sounds, the chess playing cowherd – Quique Setién. 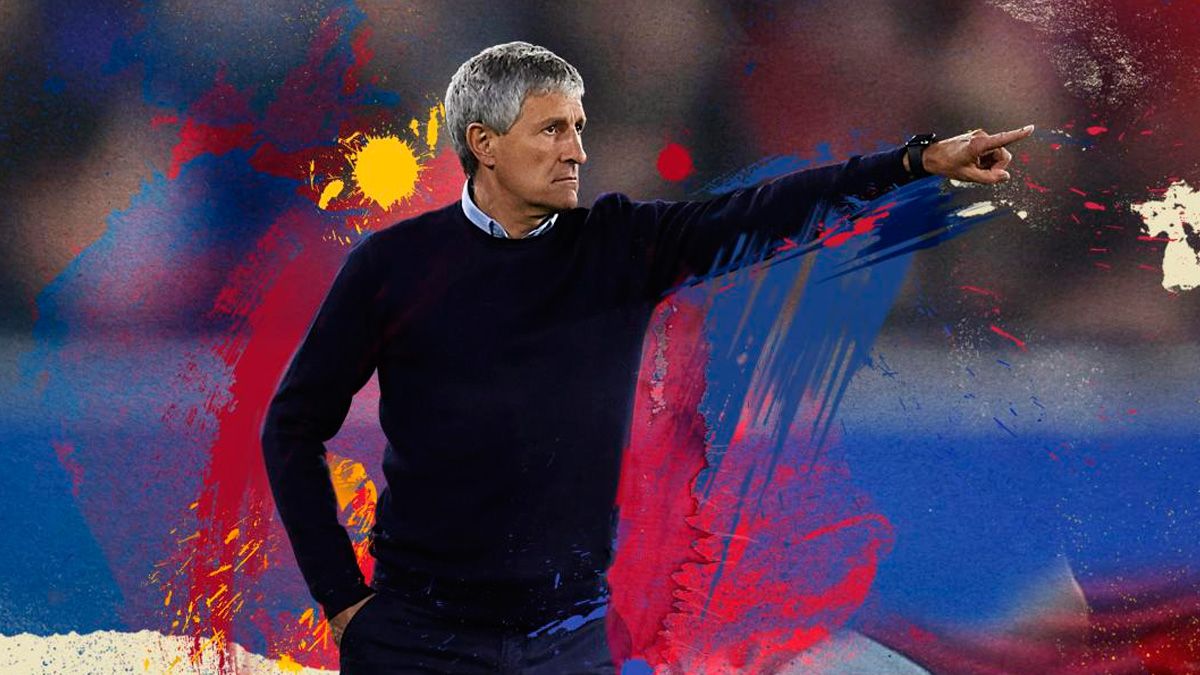 It took two and half years of utter humiliation and appraisal from three other coaches to appoint the right coach. Fast, aggressive, attractive and based on Juego de Posición, Setién’s varying tactics revolves around Cryuffian ideology. He doesn’t stick to one conservative format and his tactics are situational, but most importantly, movements, manipulations, positioning and pivotal focus on the players that can understand the space and time of the pitch is what makes his style attractive. His rotations, exploitation and creating time based superiority brings Busquets into the limelight, who apparently “lost his form” under Ernesto Valverde.

Just like Guardiola, the game starts with ter Stegen. The keeper is now aided with two center backs and a false center back with eavesdropping defensive midfielder – who, without slightest doubt, is coach’s superstar. He drops in regularly, fills in the voids, of course assists the transition of the ball on the offense and while in defense, assists the high pressing. The pivot is monumental in the escape plan in course of pressing opposition. In the final third, the false nine drops deep, with wing backs getting forward and assuming more creative positions. This allows more passing triangles or diamonds and facilitates tiki-taka.

To maintain superiority in the pitch, a player with la pelota needs to find someone all the time. Juego de Posición is romantically poetic because hiding the ball from the opponent is ensured when someone is there for the other, always. In addition to Messi, Setién drops Griezmann deep down to make sure his midfielders have an option to pass to.

The advantage of this philosophy is also its disadvantage because it invites pressure from the opposition and when someone cannot handle it, you lose possession. It takes quite a muscle to resolve a spread out counter from a cluttered build-up. This is the case in our recent games when players failed to understand the gravity of this system, potential incoming pressure. It only has two outcomes – either opposition comes out of position and creates space for attack, or you lose the ball and face the counter. Let’s face it, we are terrible at defending counter attacks.

However, in case of success during the opposing pressure, it leaves room open for an unchecked man in the opposite half of the pitch. Usually it is a full back, or even a surging forward defender who can easily switch play. Space-time aware players like Messi, Busquets see full backs, while Rakitic sees defenders. Either way, security is ensured but more importantly they can opt for creative vertical passes. This is where Setién needs pace. Sadly, Ousmane pulled a Dembele and coach is heavily reliant on the prodigy, Ansu Fati.

In Guardiola’s days, we saw so many rotations on the ball, so many recycles, ball circling around until they found an opening. Fresh are the memories when the build up was not so attractive and Alves would send it all the back to Puyol and el capitano would rebuild the attack. 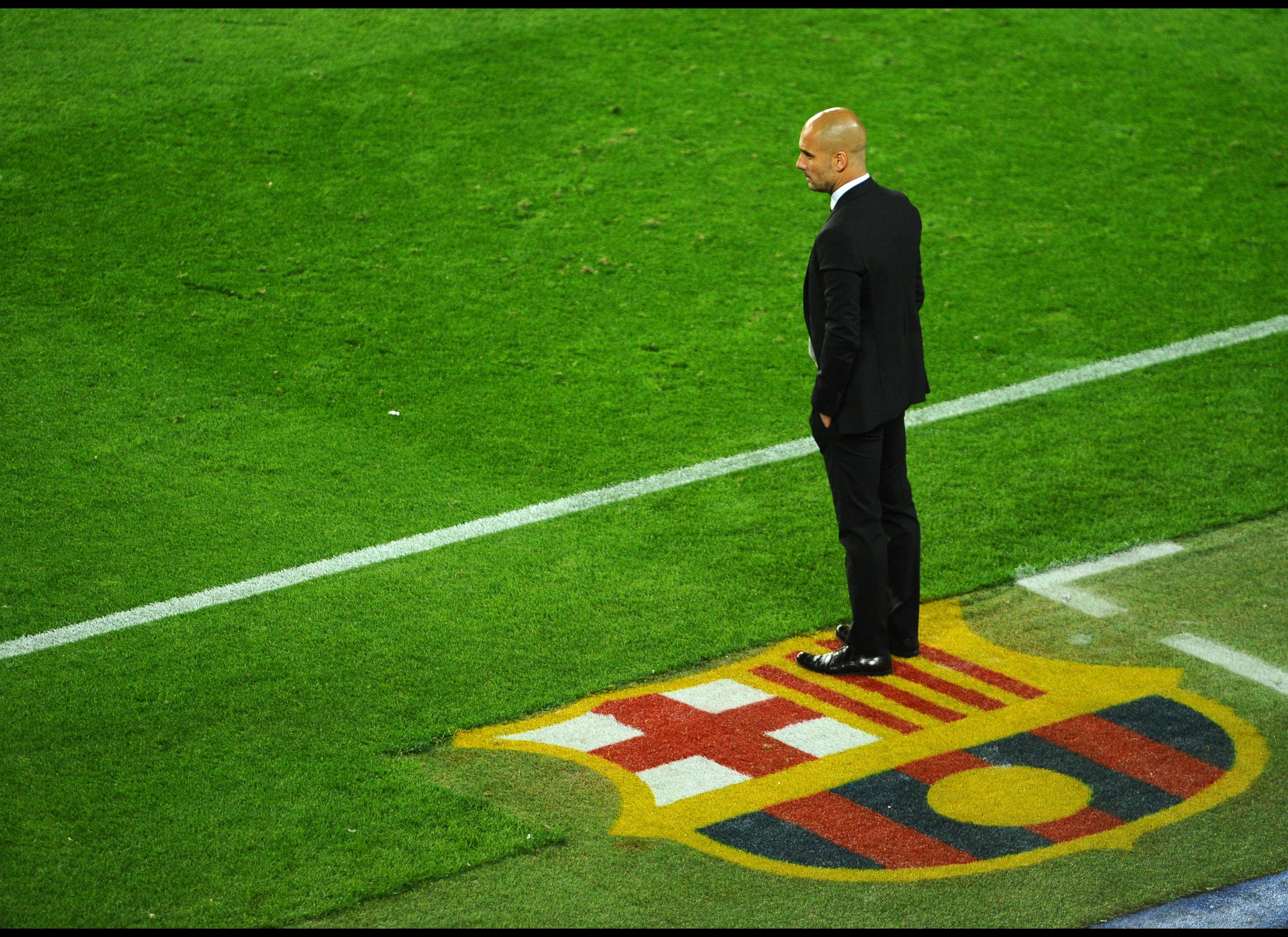 Such sights are already visible, meaning to say Barcelona are not just passing, they are waiting for opposition to make mistakes. The ambition of possession based play is to hypnotize the opposing defense. The only condition is, do not make mistakes upon inviting pressure. Again, to reduce mistakes, Busquets fills the gap. He is the pivot. He is the foundation of Setién’s game.

The other alternative Setién would exploit is Frenkie de Jong/ Arturo Vidal. Setién’s ten versus ten is not achievable at Barcelona because of Messi (and Suarez), so he would have to overload one of his midfielders. De Jong is a clear favorite but Vidal is also a very reliable back up. Arturo is the go-to when this squad, still hungover on Ernesto’s pragmatism, needs a physical presence.

In Setién, we have rediscovered our prime Busquets. He will be more important in the days to come, once we have a real number nine and Umtiti remembers how to defend. Without a proper striker, even Messi has had to assume creative positions. That coupled with his luck of so and so strikes in so and so games without a goal is definitely not inflating our half of the scoreline. Players have shown intensity, pressing much – showing they want to win again. Of course they want to win as much as we do. One of the notable adaptations was using Arturo Vidal as a decoy for the last de Jong goal. 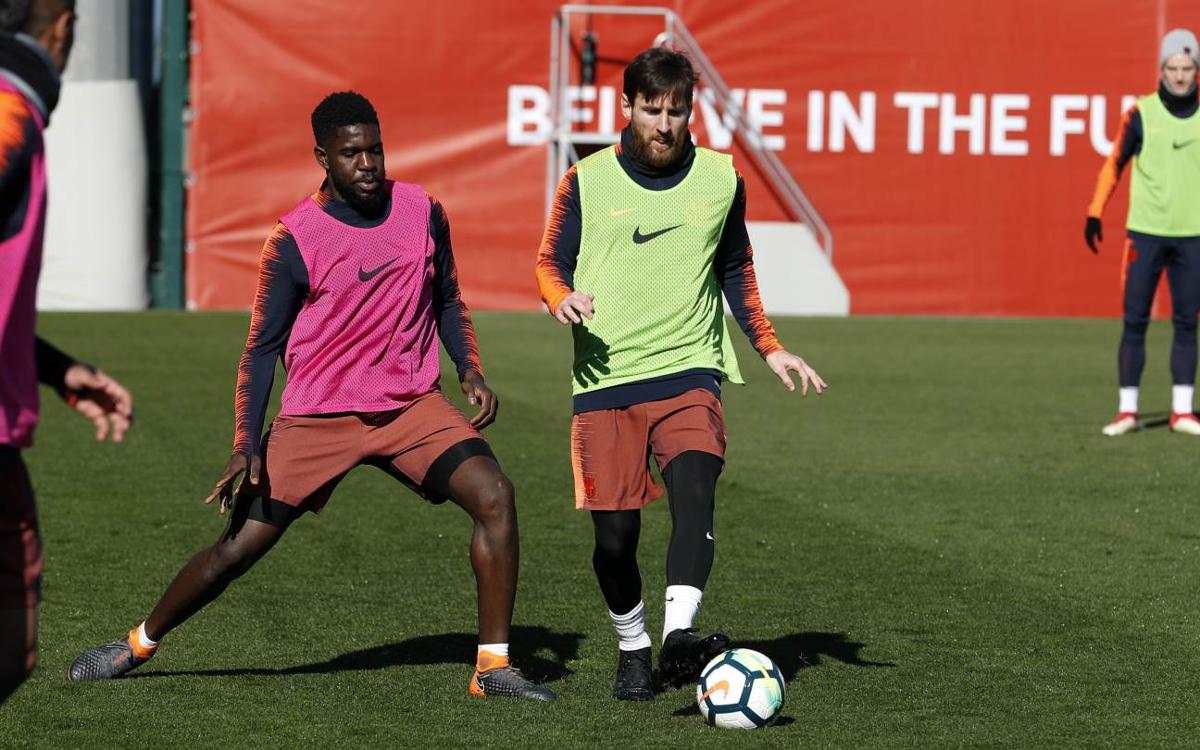 To sum up, given the demand of this pressing possession based play, if players understand the coach’s demand of passing to avoid losing possession, Setién will be the best thing to happen to Barcelona after Guardiola. Such philosophy invites more pressure from opposition but as long as players see the void-fill-ins, things should be smooth. Umtiti needs to game-up and we need prime Pique because we do not have other right footed center back. It is simple mathematics, the more you have the ball, the more chances you can create and less chances opposition can create. Simple as it sounds, we hope to see players implement this in the coming days. Glory will come, we just have to believe. To shoo away the ghosts of Roma, Liverpool and Atletico, we need to brew a bigger magic. Spells take time to be mastered. We just have to believe. Fine tuning takes time. It may come slowly but it will come surely.