El Clasico. Two of the most significant words in the footballing world. A clash of two Spanish powerhouses: FC Barcelona and Real Madrid, the biggest club game in the world only second to UEFA Champions League final. And they meet again this season in the Match Week 17 of La Liga which is going to be played at the fortress of Barcelona: Camp Nou. The entire world at its feet will come to a standstill and the intensity of the match will be quite fitting as always.

After being postponed amidst the violent protests in Barcelona, El Clasico has been rescheduled to be played on 18 December but is expected to be played under very tight security and this has just added more fuel to this epic duel. With both teams tied on equal points, this Clasico is expected to shape the season for the victorious team and hence has gained more importance than ever for both parties. In the last decade, there were other layers of fierceness contributing to the hype of El Clasico: Lionel Messi vs Cristiano Ronaldo, Pep Guardiola vs Jose Mourinho and these duos barely disappointed. But even though such intense personal rivalries no longer exist, the immensity of the clash is still intact.

If we go through the recent history, Barcelona fans can brag with their heads held high prior to the Clasico (certainly in the league) with immense confidence of triumph and the Madridistas can only nod their head, at least if we are being rational. The Blaugrana are unbeaten in the last six league Clasicos and have registered big wins in most of them. After a lackluster start to the season, both the teams are finally starting to find their rhythm but given their defensive superiority, Zidane’s men have one of their best chances to go to Camp Nou and return with three points. 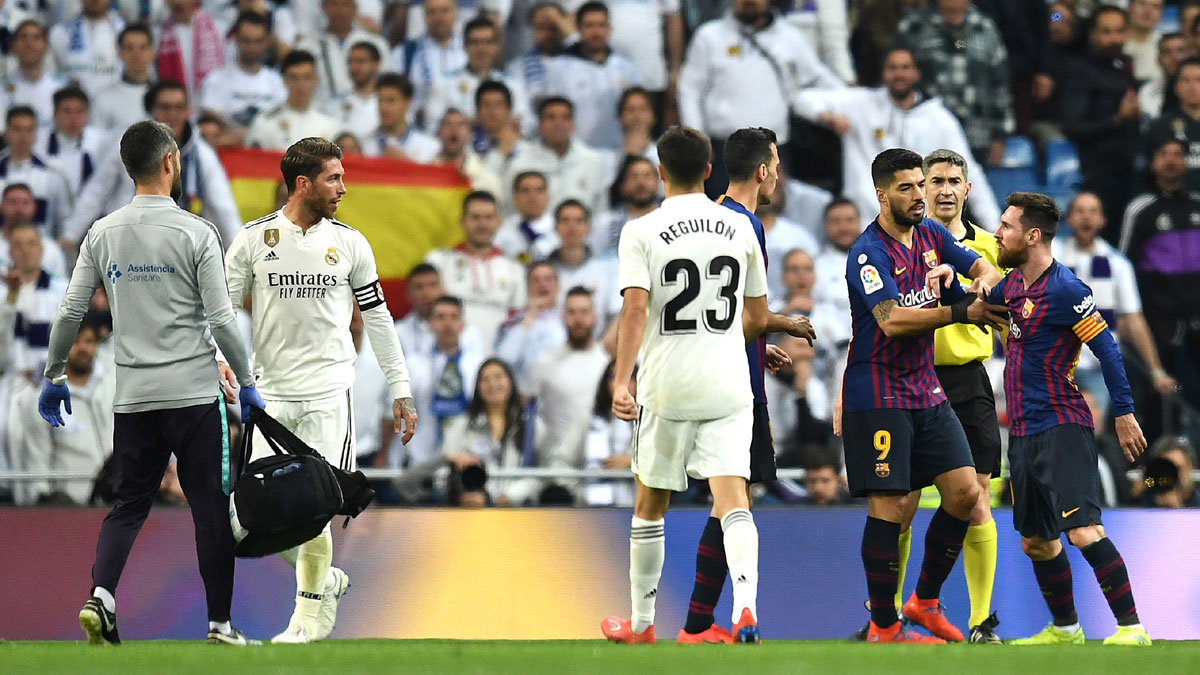 It has been rumored that Federico Valverde will be deployed to man-mark Lionel Messi this Clasico. The last time Zinedine Zidane tried it with Mateo Kovacic, Messi excellently dragged the Real Madrid midfielder towards him allowing Ivan Rakitic to free up upfront who eventually went on to make the move required for Sergi Roberto to score off Suarez’s pass in the same play. Zidane must be wary of all these incidents and would certainly try his best to rectify his atrocious Clasico record. Lionel Messi will scare the living daylights out of Los Blancos for sure and it will be interesting to see how the opposition players set up to contain him. The clamour for the Madrid players to register a statement win against their arch-rivals has been increasing with every recent defeat and it is completely justified because they have won just four of the last 22 Liga meetings dating back to December 2008.

Barcelona head coach Ernesto Valverde must be pretty confident for this game given his unbeaten Clasico record. The entire Barcelona team peaks for Clasico, particularly Sergi Roberto and Ivan Rakitic who peak exceptionally and there is no doubt how much the team wants to hammer their bitter rival. Meanwhile, Barcelona’s attack has been weakened due to the injury of Ousmane Dembele whose pace might have been vital to expose tired Madrid’s backline. Arthur too is sidelined due to the injury.

The Squad for the El Clasico: