Little did they know that a little person from a little town in such a little time would end up being the biggest inspiration for don’t know how many in today’s big world. But as G.K Chesterton said, the most incredible thing about miracles is that they happen. I don’t think there could be a word to substitute this word ‘Miracle” for someone who gets capable of making a competitive debut at the age of 17 years for a club whose stories of victories haven’t faded a bit since the moment. Talking about his personal achievements at this moment can now be a bit overwhelming.

Of course, by now whoever you are, reading this, you are quite sure of whom I am talking about. Lionel Andres Messi has not only proved himself as an extraordinary and unforgettable player but has also become a role model even to so many who are not involved in sports. He has not only scored hattricks and super hattricks but has also made many people capable of realizing that the one being strong after going through a phase of weakness is the strongest of all. Also his continuous victory and newer achievements hence prove that with our own efforts even the brightest diamond can further gain a little more sparkle.
I don’t know when will I last see him play and how will his last game ever end but I truly know he has been something more than just a player. His achievements, the glory he has led to and the awe he gives us are all beyond magic and the hope that his life gives to everyone is something that will remain engraved in the hearts of all those who love and those who pretend to hate him because I doubt that anyone can truly detest such hard work, such motivation and such a pure soul. 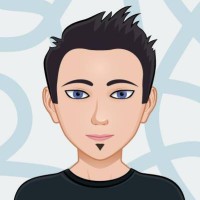